After a nearly 20 year layoff, my road bicycle and I began training for a week-long ride (www.Ragbrai.com). What started out as a New Year’s resolution turned into a hobby where I can think, create and recharge my batteries. The surprising net result: My business has never been steadier or more rewarding to me. “Could there be a connection between the two – bike riding and selling services?” I wondered?

GOALS HELP Having a specific riding distance to plan and train for motivates me. Just like chasing a sales quota, I have to fulfill a certain amount of saddle time to be well-prepared to cover 450 miles. Want to reach President’s Club? Whether you get off the blocks quickly or gradually build-up your stamina, either way you can finish first. For 15 years now, I am proof at Leader Trends. Slowest starter - always a finisher!

GOING THE DISTANCE In selling, as in cycling, suffering is a no-option part of the deal. Or lost deal… Though maybe not as uncomfortable, selling is also a test of endurance. And once we suffer long enough, we are rewarded with speed! Think about it: Are you able to close deals in a shorter sales cycle than when you began selling?

SEE HORIZONS To be successful over the long-haul, you can’t be looking down at your bike pedals nor through the handlebars at your front tire. If you do, you’ll be eating dirt before long. Similar to annual account planning, you must look further down the road, and never confuse your crank arm and headlamp. A sales manager once said: “Don’t get your feet in front of your headlights.”

THE PACK In cycling it’s called the pace line of the ‘peloton’. In sales it’s called paying attention and watching the trends. While riding around my hometown, I’ve come to notice housing sales. Loads of McMansions have For Sale signs - but not too many say ‘Sold’. They are a visual reminder that it takes patience to bring in the big opportunities. Or as a veteran salesman lamented, “In a millennials’ share economy, who’s going to buy these big houses of ours?”

MUSIC SOOTHES If you are any kind of road warrior, I salute you. Over countless training hours I bring along my playlists for company. Music makes the long miles easier in the saddle or in front of the windshield. It’s an escape. One sales mentor is a ‘carpool karaoke’ country music star! While driving and singing a duet with Tammy Wynette, he mistakenly left his phone ‘on’ after leaving a voicemail message. His sales rep played it for their entire team. Ahem!

BUILD STREET CRED It may not be exactly the same as building alliances, but on the road it pays to make friends with the FedEx delivery people and dump truck drivers. We never know when we may need each other – it’s the whole idea behind professional referrals. How you approach people is the heart and soul of selling. Just as we share the pavement, it’s probably best to smile or wave when someone honks their horn or flips us the bird.

SPEED KILLS In my early 30’s I used to ride fast and whole lot harder than I do now. I have all the street scars to prove it too. In early sales, how many times did I lose track of deals because I skipped over steps or misread queues and failed to get next step commitments? “Go as fast as you can but don’t hurry,” says Tom Peters, In Search of Excellence and The Little Big Things.

Final Tip: You, too, can turn on the turbo, especially if there’s an ice cream shop waiting at the end of the road. Enjoy the ride in your own sales journey. Selling is hard. Allow yourself a chance to be re-inspired. I Ask: Is your next vacation already on the calendar?

(Not a cyclist… how about a motorcycle anyone?)

Check back soon
Once posts are published, you’ll see them here. 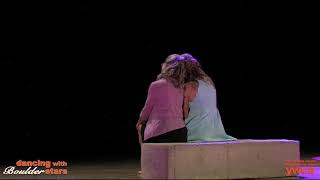